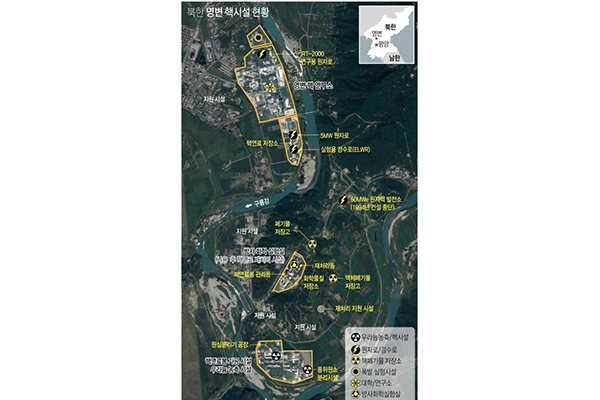 The Washington-based ​Center for Strategic and International Studies(CSIS) unveiled the images on Tuesday on its Web site Beyond Parallel.

The CSIS said in a report that the April 12 imagery shows five specialized railcars near the uranium enrichment facility and radiochemistry laboratory at the Yongbyon nuclear site.

In the past these specialized railcars appeared to have been associated with the movement of radioactive material or reprocessing campaigns.

The report added the current activity, along with their configurations, does not rule out the possible involvement of such activities, either before or after the reprocessing campaign.
Share
Print
List