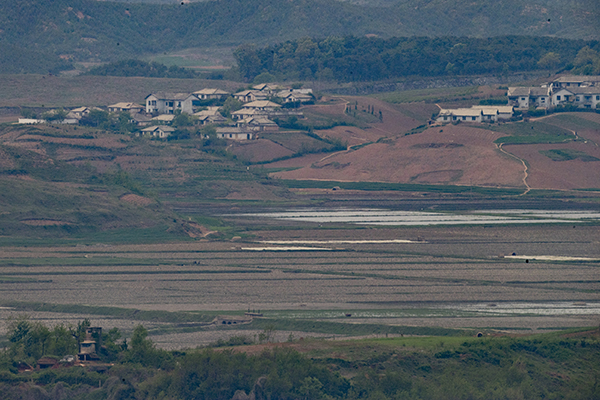 The call was issued Friday in a Rodong Sinmun article on recent weather conditions in the North, damage status and countermeasures.

The daily quoted an expert as saying that the North received an average 56-point-three millimeters of rain between January and May 15th, or only about 40 percent of the average rainfall posted in previous years. The expert also said the latest rainfall figure is the lowest to be recorded since 1917.

The report said although the North is forecast to get rain twice through the end of this month, it will not be enough to overcome a drought. The report projected the dry spell to last through early June.

The daily also quoted an official from the North’s agriculture ministry as saying many lakes and reservoirs are running short on water, making it difficult to plant rice and guarantee the safe supply of water. The official said signs of a drought have begun to emerge, including the drying up of wheat and barley leaves.
Share
Print
List