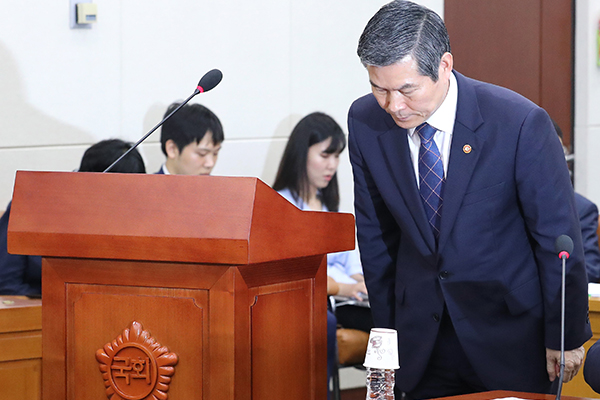 Liberty Korea Party(LKP) Floor Leader Na Kyung-won revealed the plan on Friday while she and other LKP lawmakers visited the Navy First Fleet in the East Sea in Gangwon Province, not far from where the North Korean vessel was found adrift mid last month.

Criticizing the government and the military for breaking down national security levels, Na claimed the incident is evidence of President Moon Jae-in’s lack of will and the defense minister’s misplaced philosophy on national security.

She said with the motion, the conservative party will seek to hold the government responsible for the incident and launch a parliamentary inspection into the matter.
Share
Print
List