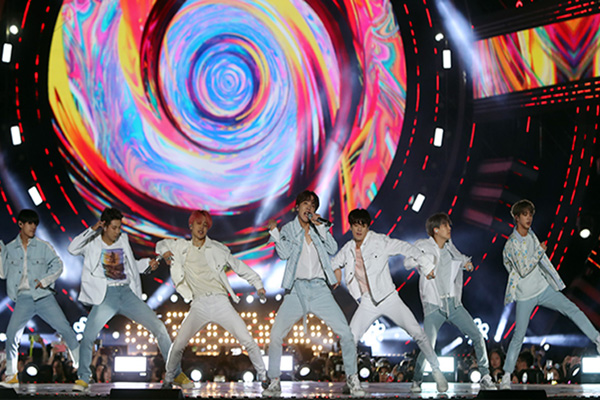 K-pop super group BTS is in the running for five prizes at this year’s MTV Video Music Awards.

The organizers on Monday put BTS on a shortlist of candidates in the 'Best Group' category. Earlier, the seven-member boy band was nominated for four other awards, including 'Best K-Pop'.

They are also competing for the 'Best Collaboration' award for their duet with Halsey on the song “Boy with Luv,” as well as for two technical categories, 'Best Choreography' and 'Best Art Direction'.

Hosted by the American music channel of the same name, the 2019 MTV Video Music Awards will dish out awards in 23 categories. The ceremony will be held at the Prudential Center in New Jersey on August 26.
Share
Print
List