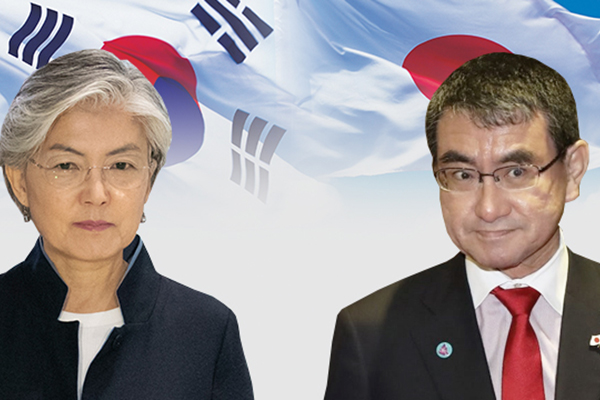 Japanese media outlets are showing a keen interest in the meeting between the foreign ministers of South Korea and Japan scheduled for Wednesday in Beijing.

NHK relayed remarks made by Seoul's Foreign Minister Kang Kyung-wha before she left for China. Kang said that although it's a difficult situation, she wants to actively convey the Seoul government's stance regarding Japan's export curbs on South Korea.

The Japanese outlet said her words reflect an intent to seek a breakthrough through dialogue.

NHK also cited Kang as saying that nothing is yet decided on whether to renew the General Security of Military Information Agreement with Japan.

The Japanese broadcaster said that though calls are increasing in South Korea to scrap the intelligence sharing pact with Tokyo, Japan and the U.S. want the deal to be extended while Seoul's presidential office has also implied prudence in making the decision.