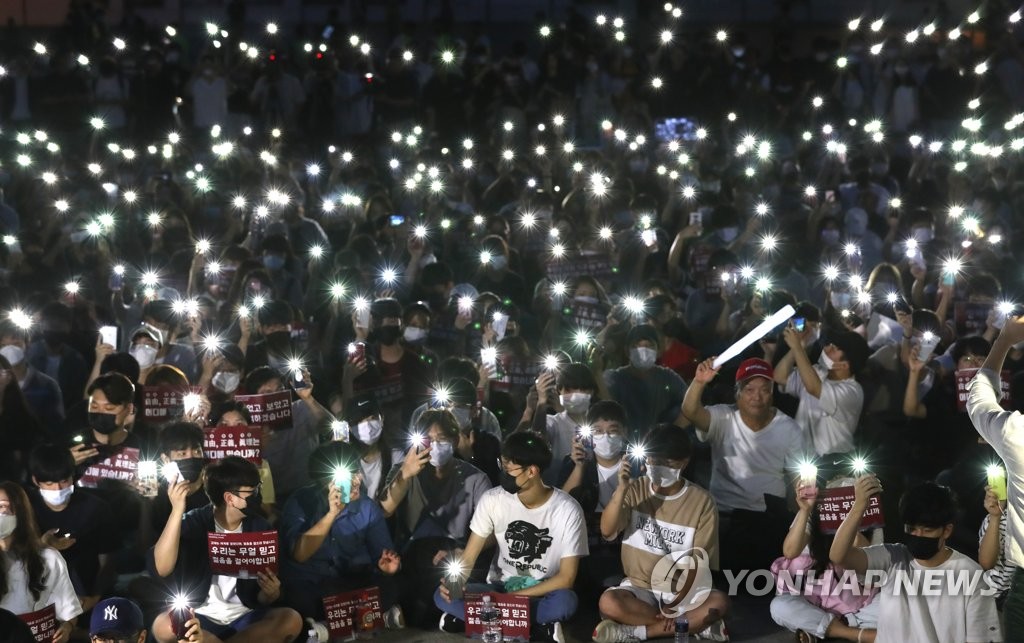 An association of some 700 civic groups, including the Korean Confederation of Trade Unions (KCTU), held a sixth rally on Saturday afternoon at Gwanghwamun Square in central Seoul to protest against Japan's trade restrictions.

The protesters welcomed Seoul's decision to end the General Security of Military Information Agreement (GSOMIA), saying that the deal, which was signed under the Park Geun-hye government, should have not been concluded in the first place.

The organizer estimated some five thousand people participated in the candlelight vigil, including parents with their children.
Share
Print
List