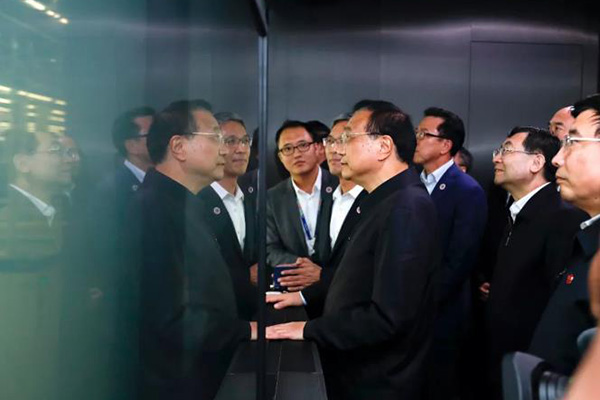 According to the Chinese government website on Tuesday, Li visited Samsung's chip production plant in Xian, Shaanxi Province on Monday.

During the visit, Li reportedly said that the Chinese market is vast and its industries are moving from the low-end to the middle and high-end, which contains huge business opportunities.

He also said that China welcomes high-tech companies from all over the world, including Samsung, to continue expanding their investment in China, and that China will strictly protect intellectual property rights and treat domestic and foreign enterprises equally.

The website said that a total of ten-point-87 billion U.S. dollars have been invested in the first phase of the plant, and the ongoing second phase will have an estimated investment of 15 billion dollars.
Share
Print
List