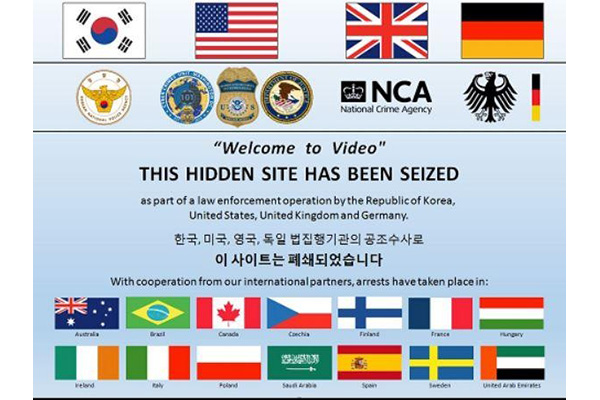 More than 300 people have been arrested in a global investigation of a South Korea-based dark web child pornography site.

The Cyber Bureau of the Korean National Police Agency said on Wednesday that 310 people in 32 countries were arrested for using the site, which has been operated by a South Korean since September 2017. Authorities say 223 of the arrested are South Korean nationals.

The operator is accused of setting up the site, called "Welcome to Video," in the dark web and selling child pornography, including footage of child rape, for cryptocurrency worth about 400 million won.

The 23-year-old operator, surnamed Son, is reportedly serving an 18-month sentence after being arrested last year.

The U.S. Justice Department also announced on Wednesday the results of its joint investigation with law enforcement authorities from other countries into the dark website.

It said that Welcome To Video is one of the first sites to monetize child pornography using bitcoin, which allows users to hide their identities during financial transactions.
Share
Print
List