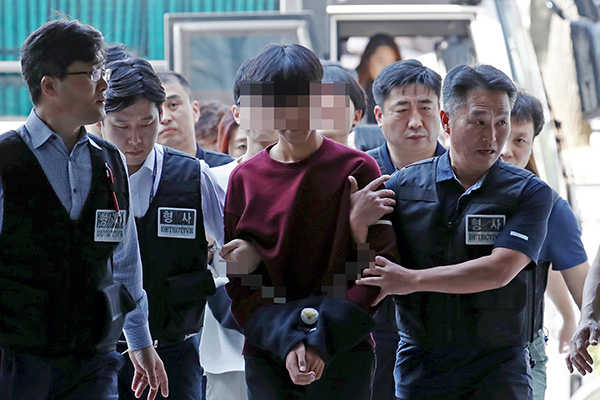 A local court has issued arrest warrants for four college students on charges of breaking into the U.S. ambassador's compound in Seoul.

The Seoul Central District Court on Monday approved prosecutors' request to issue the warrants, citing that the four students may flee or destroy evidence.

Seventeen members of a progressive student group used ladders to climb over the wall of the residence of U.S. Ambassador Harry Harris in central Seoul on Friday.

The students staged a protest criticizing the U.S.' demand for a five-fold increase in South Korea's contribution to the cost of stationing U.S. troops on the Korean Peninsula.

A total of 19 students were taken into police custody, including two who attempted to break into the ambassador's home.

After reviewing the results of a preliminary probe, prosecutors formally requested an arrest warrant for seven of the students, with the court agreeing to only four.
Share
Print
List