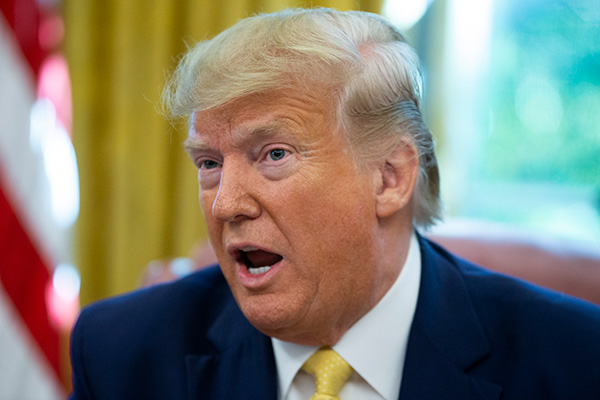 U.S. President Donald Trump reportedly called South Korea a "major abuser" and claimed the U.S. ally should pay 60 billion dollars a year for the stationing of American troops in the country.

Guy Snodgrass, former chief speechwriter and communications director for former U.S. Defense Secretary James Mattis, made the claim in his memoir "Holding the Line: Inside Trump's Pentagon with Secretary Mattis," published on Tuesday.

Snodgrass recounts two meetings between Trump and his national security team at the Pentagon in July 2017 and January 2018 where the U.S. president repeatedly questioned the value of stationing U.S. troops overseas.

Snodgrass writes that Trump asked top officials, including then-Defense Secretary Mattis and then-Secretary of State Rex Tillerson, whether troops could be withdrawn from countries such as South Korea, Japan and Germany.

Trump reportedly said at the July 2017 meeting that South Korea has been a major abuser and that China and South Korea rip the U.S. off left and right.

Trump was also quoted as saying in January 2018 that if South Korea paid the U.S. 60 billion dollars a year to keep American troops on the Korean Peninsula, then it's an "okay deal."

South Korea is paying one-point-38 trillion won this year for the upkeep of U.S. troops on the Korean Peninsula, but the U.S. is reportedly seeking as much as five billion dollars next year.
Share
Print
List