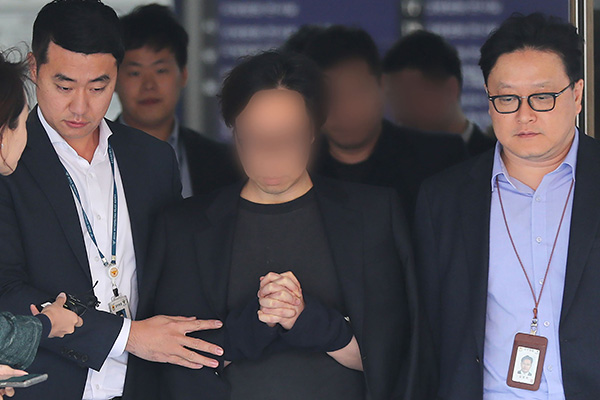 Anchor: Two producers of the popular K-pop audition program "Produce X 101" have been put behind bars over allegations of vote rigging. The two are also accused of receiving undue favors from entertainment agencies in exchange for the manipulation.
Park Jong-hong has this report.

Report: Two producers of a televised music audition show are behind bars over suspicions they rigged the contest.

A Seoul court on Wednesday upheld prosecutors' request to keep Ahn Joon-young and Kim Yong-beom, producers of the popular "Produce X 101” show from music channel Mnet, behind bars for the duration of their trial.

The court said it recognizes prima facie evidence that the producers rigged audience votes in the final round of the popular live music show, tilting the results towards certain contestants.

Suspicions of vote rigging arose after unlikely participants advanced in the final round of the show back in July while some fan favorites did not. Further, the vote totals of the top 20 candidates were found to all be multiples of the same number.

This prompted angry fans to accuse the show of rigging the final vote count, releasing a prepared statement and lodging a legal complaint.

Other Mnet audition programs had come under suspicions of being rigged as well, and police launched an investigation. They conducted six raids and booked employees from five different entertainment agencies.

Ahn and Kim face charges of accepting favors and bribes as well as dereliction of duty and betrayal of trust. The court, meanwhile, rejected prosecutors' warrant requests for a show staff member and an entertainment agency official for their alleged role in the scandal.

Mnet, which had remained mostly silent on the issue, released an official apology on Tuesday, saying it would cooperate with the investigation and take responsibility for any illicit activities they are found to be accountable for.
Park Jong-hong, KBS World Radio News.
Share
Print
List