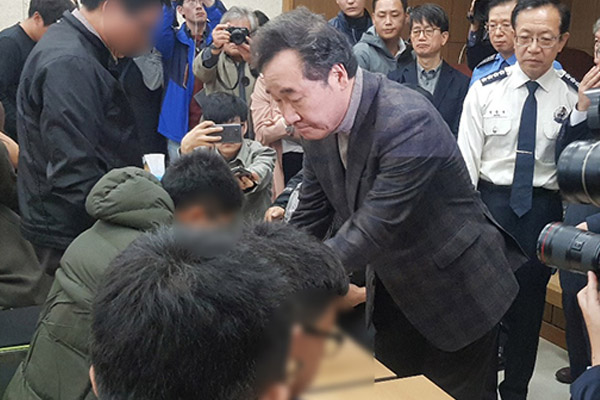 Prime Minister Lee Nak-yon on Saturday met with the families of those missing from a helicopter crash near the Dokdo Islets that happened ten days ago.

Lee visited a fire station in Daegu city where the headquarters is set up in the aftermath of the accident.

He expressed regret over the initial response, saying that more personnel and equipment should have been mobilized in the search.

He asked for all available assets to be utilized to locate the missing victims and urged an expansion in the search area.

Lee pledged the government will do its best until the very end and vowed to increase the number of civilian divers if possible.

A search operation continues involving vessels, aircraft and divers but four of the seven on board the rescue helicopter still remain missing.
Share
Print
List