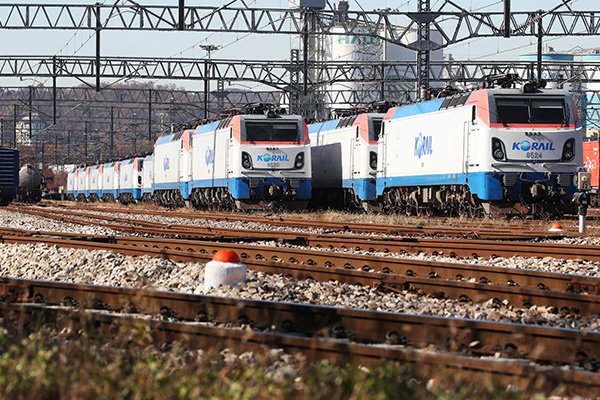 Anchor: South Korean railway workers have gone on strike for a pay rise and reduced workload. On average, 79 percent of passenger and cargo trains were expected to run on the first day of the walkout, when service ran normally until 9 a.m., but the operation rate could fall to around 75 percent in the coming days.
Kim Bum-soo has more.

Later in the day, rail workers held a rally in front of Seoul Station and other rail stations across the country, demanding the recruitment of four-thousand-600 workers to reduce their workload.

In addition to a four percent wage increase, the union is calling for consolidating KORAIL's KTX and SRT bullet train operations, run by the country's other high-speed railway service.

With about 22 percent of rail workers joining the job action, it was expected that around 73 percent of KTX bullet trains and around 66 percent of regular Mugunghwa and Saemaeul trains would operate throughout the first day of the strike.

While some 86 percent of intercity subways stay on track, only 35 percent of freight trains services will operate Wednesday.

KORAIL and the transport ministry are implementing emergency measures, seeking to keep train operations running at around 75 percent.