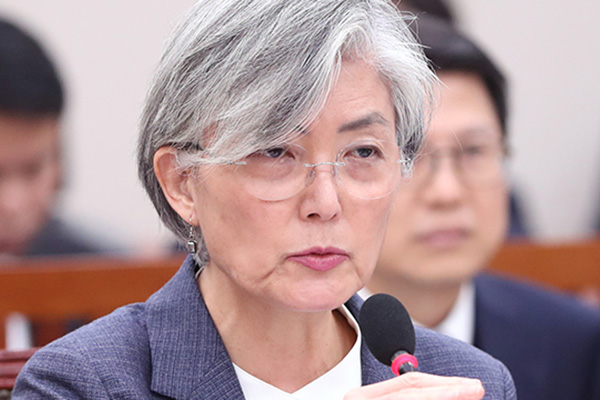 At a meeting of the National Assembly's Foreign Affairs and Unification Committee on Thursday, Foreign Minister Kang Kyung-wha said Seoul hasn’t changed its position that it will not reconsider its decision to terminate GSOMIA without Tokyo's retraction.

When asked about the possibility of deferring the termination of the deal, Kang said Tokyo's export curbs are unfair and retaliatory and have damaged trust between the two sides.

The minister reaffirmed that Seoul doesn't plan to reverse its decision without a change from Tokyo.
Share
Print
List