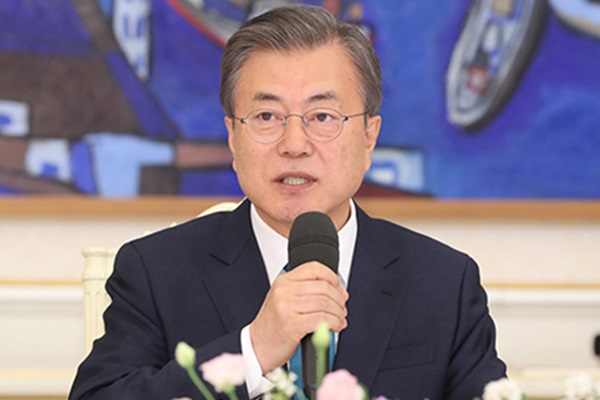 On Tuesday, he held a luncheon meeting at the presidential office with members of the National Council on Climate and Air Quality, including the council’s head Ban Ki-moon, the former Secretary-General of the UN.

Moon said the public, too, is interested in cooperation with neighboring countries to combat fine dust.

He said that since Seoul and Beijing agreed to jointly tackle this concern in 2017, the two sides have expanded cooperation in information sharing and exchanges in technology and policy.

Moon also pointed to a joint study released last month in which South Korea, China and Japan officially confirmed for the first time that fine dust has a transnational, cross-border impact.

He said the countries’ partial admission of shared responsibility has opened a path to joint responses.