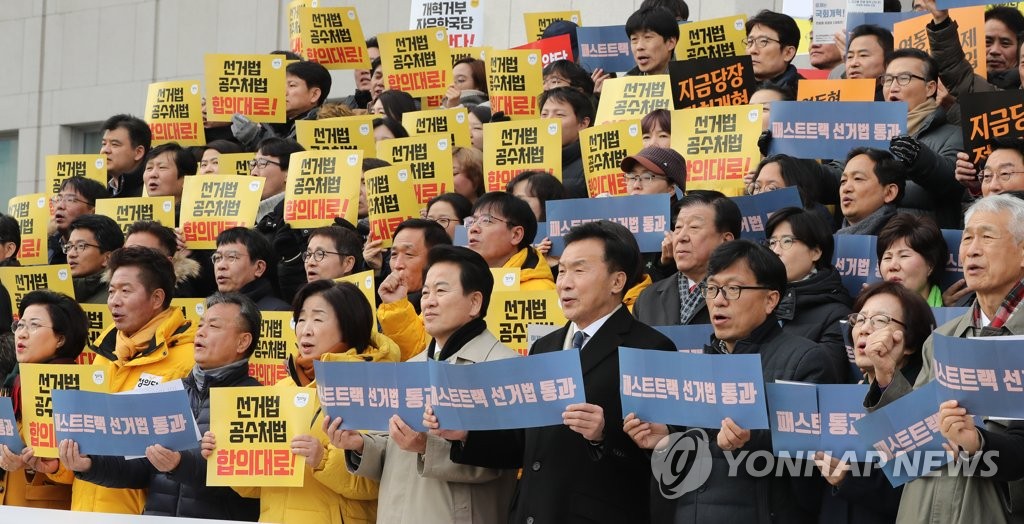 Three minor political parties have urged the passage of a fast-tracked bill on election reform to stamp out the side effects of a two-party system.

The leaders of the Bareunmirae Party, the Justice Party and the Party for Democracy and Peace on Tuesday held a news conference outside the National Assembly along with a civic coalition group.

They denounced the main opposition Liberty Korea Party and pledged to complete the task of election reform.

Regarding the order of the bills passage, Justice Party chairwoman Sim said next year's budget and the fast-tracked reform bills should first be handled followed by other bills regarding the economy and public livelihood.
Share
Print
List