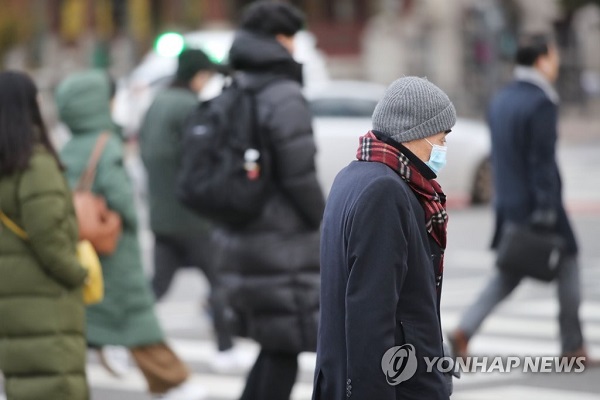 Most parts of the country will be cloudy on Saturday. Less than one centimeter of snow is forecast in Seoul, Gyeonggi province and western Gangwon Province during the day.

Sporadic snow or rain may fall in North Chungcheong Province as well.

Mostly clear skies are expected Sunday nationwide with slightly higher temperatures. Morning lows will range between minus ten and plus two degrees Celsius and afternoon highs between five and 12 degrees.

Risk of wildfires are increasing nationwide with very dry air in capital Seoul and some other provinces, while the remaining parts of the country are also getting dryer.
Share
Print
List