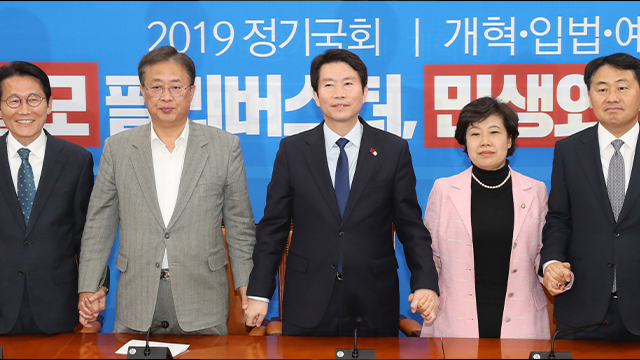 Four political parties and a group of lawmakers preparing to launch a new party are working to put forward a unified plan to pass next year's budget and fast-tracked reform bills.

With the exclusion of the main opposition Liberty Korea Party, the so-called "four plus one" consultation body reportedly plans to complete discussions on the budget bill on Sunday morning.

In the afternoon, the Finance Ministry will begin to produce a final version of the budget bill compiling revisions decided in the morning discussions.

The compilation work, which usually takes about 24 hours, should be completed before the parliamentary plenary session set to open at 2 p.m. Monday.

Each of the ruling Democratic Party, the Bareunmirae Party, the Justice Party and the Party for Democracy and Peace as well as the chief of a launch preparation committee for a new party is reportedly also discussing internally the fast-tracked bills on election and judicial reforms.

The five sides plan to hold a meeting of floor leaders on Monday afternoon to produce a unified plan on the controversial reform bills and seek a vote, along with the budget bill in the plenary session.
Share
Print
List