US Security Adviser Says N. Korea would be Mistaken if it Restarts Nuke Tests 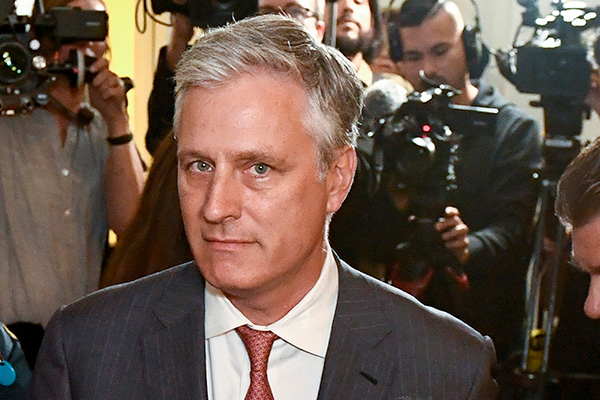 U.S. National Security Adviser Robert O'Brien said on Sunday that it would be a mistake if North Korea were preparing to restart nuclear tests.

The security adviser made the remarks during an interview on CBS News' "Face the Nation" regarding the North's announcement of a "very important" test at its Sohae Satellite Launching Station in Tongchang-ri on Saturday.

When asked whether the communist country was preparing to restart nuclear tests, O'Brien said that he hopes not, and that it would be a mistake on the part of North Korea.

The adviser said North Korean leader Kim Jong-un promised to denuclearize his country and the U.S. expects and hopes him to live up to the promise he made at the summit in Singapore.

O'Brien also warned that the U.S. has many means through which to address North Korea if it chooses to break its promise and explores a new path.
Share
Print
List