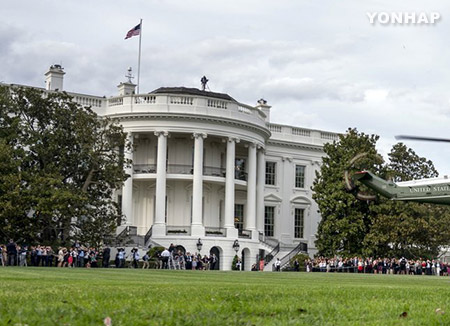 A senior U.S. official reportedly said on Sunday that the United States is coordinating closely with allies and partners after North Korea announced it had conducted a test at the Sohae Satellite Launching Station in Tongchang-ri.

According to CNN, the remarks came from an unnamed senior official from the Donald Trump administration who explained that Washington had seen reports of the test.

However, Trump warned via tweet on Sunday that North Korean leader Kim Jong-un has "far too much to lose, everything actually, if he acts in a hostile way."

Trump issued the warning after North Korea announced on Sunday that it carried out a "very important" test the previous day at the Sohae site.

The location has been used in the past to test engines used to power satellite launchers and intercontinental ballistic missiles, sparking speculation that a solid-fuel engine test may have occurred.
Share
Print
List