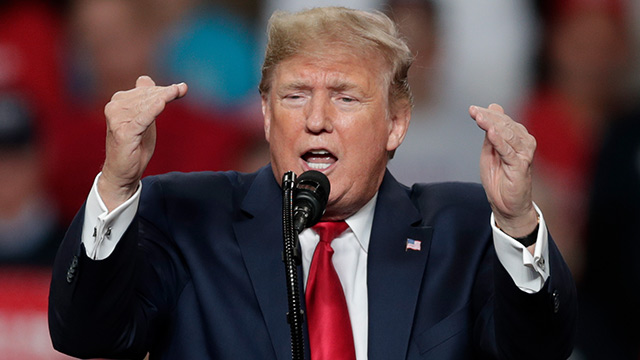 United States President Donald Trump has repeated his pressure on South Korea over its contribution to shared defense costs for the upkeep of U.S. troops on the Korean Peninsula.

Trump said on Friday in an interview with Fox News that South Korea will pay much more, calling the U.S.' ally a "rich country."

Trump reportedly claimed that the United States is stationing 32-thousand troops in South Korea to protect its ally from North Korea and thus Seoul has to pay for that, and they gave the U.S. 500 million dollars. He repeated the claim and added the South will pay much more.

The remarks draw attention as they came ahead of a sixth round of defense cost-sharing negotiations on Tuesday and Wednesday in Washington.
Share
Print
List