Envoy: S. Korea, US Made 'Some' Progress in Defense Cost-Sharing Talks 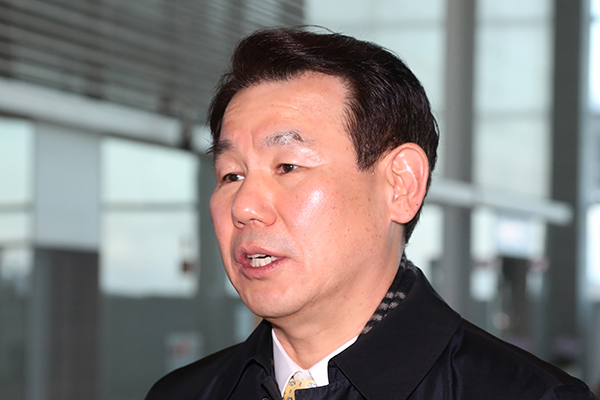 South Korea's chief negotiator in defense cost-sharing talks with the United States says there has been "some" progress and that the two sides have broadened understanding during previous rounds of negotiations.

Before departing on Monday for another round of talks in Washington, Jeong Eun-bo said the U.S. has broadened some understanding of South Korea's position that its burden-sharing should be decided within the framework of the Special Measures Agreement.

When asked about the possibility that South Korea will agree on U.S. weapons purchases in return for a single-digit share increase, Jeong said while such purchases are part of South Korea's contribution to strengthening the alliance, the matter is not being discussed in the talks.

The envoy then vowed to exert greater efforts to reach an agreement that would be acceptable for the South Korean people as soon as possible.

Jeong's remarks come after a senior U.S. official said last week that the allies are a "little further afield" than they were in the previous round of talks.

During the past five rounds of talks, the U.S. reportedly demanded a fivefold increase in South Korea's contribution to stationing American troops on the Korean Peninsula, from about 870 million dollars in 2019 to five billion dollars.
Share
Print
List