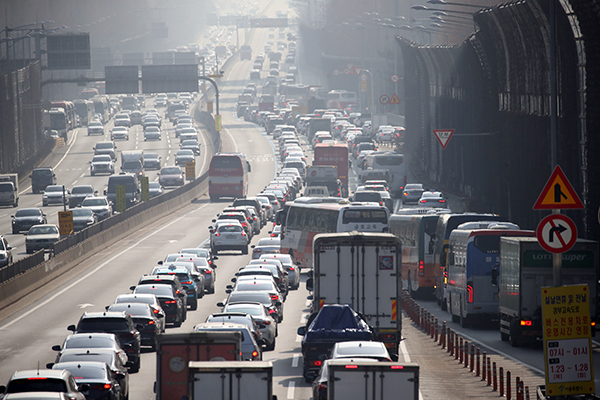 Traffic congestion has begun on highways across the nation as millions of South Koreans head to their hometowns ahead of the Lunar New Year holiday.

According to the Korea Express Corporation, traffic on highways is expected to peak between 6 and 7 p.m. on Thursday and ease around the same time the following day.

Thursday will see an estimated four-point-eight million vehicles on roads nationwide, with 480-thousand departing Seoul and its surrounding areas for other regions and 390-thousand vice versa.

As more people move around the country for the Lunar New Year and the number of Chinese travelers are expected to increase, the Korea Centers for Disease Control and Prevention(KCDC) has advised the public to pay particular attention to maintaining their personal hygiene.

The advisory comes as China grapples with a new strain of coronavirus that has killed over a dozen people and infected over 500.
Share
Print
List