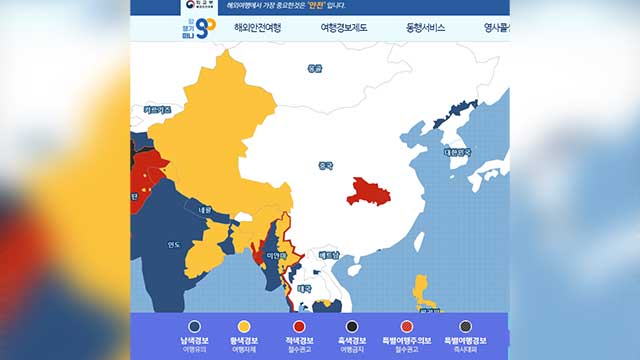 The "red alert" is the third highest in the country's four-tier travel alert system. South Korea had issued the Level Two alert to Wuhan and the lowest Level One "caution" for other areas in Hubei on Thursday.

The ministry publicized the update on Saturday, advising all South Koreans staying in Hubei Province to withdraw from the region unless for urgent matters, and those planning to travel to the area to either cancel or delay their plans.

The ministry said it raised the travel advisory to prevent the spread of the disease among South Korean nationals.

The move came a day after Seoul confirmed the second case of the new coronavirus that originated in Wuhan.
Share
Print
List