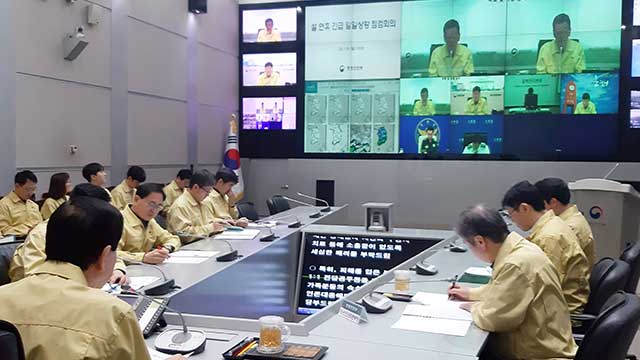 President Mon Jae-in said on Sunday that the government is operating an around-the-clock response system to deal with the outbreak of a new coronavirus, after the country reported its third confirmed case of the virus.

Cheong Wa Dae's deputy spokesperson Han Jeong-woo said in a written briefing that the president issued the statement on Sunday.

Moon said that the government remains on alert during the Lunar New Year holiday in light of many travelers to and from China, while operating a response system around the clock.

Moon reportedly said that he spoke to the heads of the Korea Centers for Disease Control and Prevention and the National Medical Center on the phone to offer encouragement.

The president said that the central government is making every necessary effort in cooperation with local governments at all levels, urging the people to trust the government and not to have excessive fears.
Share
Print
List