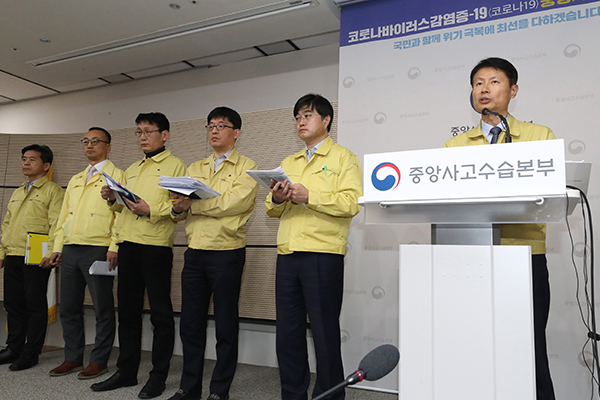 South Korea plans to discuss with Japan allowing South Koreans on board a cruise ship quarantined off the coast of Japan's Yokohama to disembark before the coronavirus' incubation period ends next week.

Vice Health Minister Kim Gang-lip, who is also the deputy of the central disaster relief headquarters, said on Friday that Seoul contacted the 14 South Koreans to inquire if they would like to leave the ship, after Tokyo announced its disembarkment plan the previous day.

Japan's health authorities on Thursday said they plan to allow passengers over the age of 80 and those suffering chronic illnesses who have tested negative for the virus to evacuate early.

Kim said Seoul will also have to consider whether evacuating them to South Korea would be appropriate since most of them have no relation to anyone in the country.

Out of the 14 South Koreans on board the Princess Diamond, nine are passengers and five are crew members.

Six of the passengers are permanent residents of Japan, while two of the remaining three also reside in Japan.

As of Thursday, two-hundred-47 people on board the Diamond Princess have tested positive for the virus.
Share
Print
List