Health Authorities Obtain List of Over 4,000 Connected to Religious Sect in Daegu 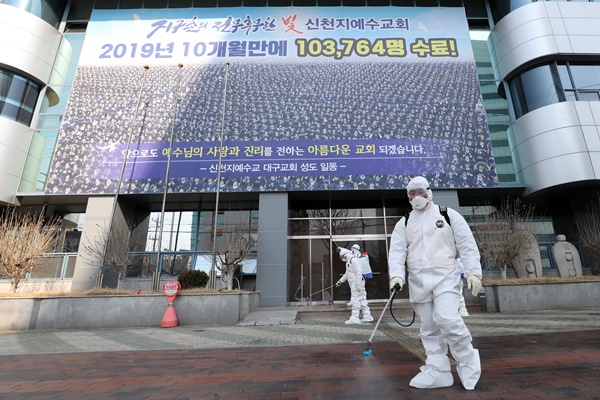 Health authorities have obtained a list of over four-thousand people involved with the  "Shincheonji" religious sect in Daegu, of which a member is suspected of being a "super spreader" of COVID-19.

The Korea Centers for Disease Control and Prevention(KCDC) on Friday said out of four-thousand-475 people on the list, 544 have shown symptoms of the virus and are being tested.

The KCDC added that it is checking up on the rest of the list for symptoms via phone. Authorities are also informing the people about self-quarantine and voluntary testing when displaying symptoms.
Share
Print
List