US Ramps Up Pressure on S. Korea to Agree to Defense Cost-Share Increase 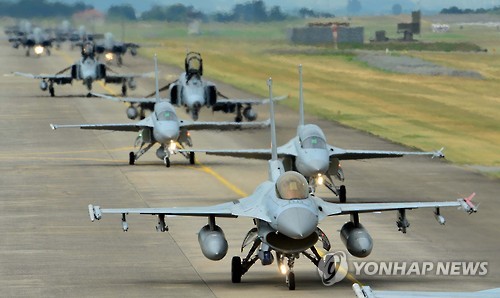 The United States ramped up pressure on South Korea to agree to its demand for a significant increase in Seoul's defense cost-sharing, ahead of a scheduled furlough of South Korean employees at U.S. Forces Korea(USFK).

An official at the U.S. Department of State told Yonhap News Agency on Wednesday that the furlough could be avoided if Seoul and Washington agreed to a fairer Special Measures Agreement(SMA) on the upkeep of American troops stationed on the Korean Peninsula.

On Wednesday, the USFK notified its South Korean workers of a furlough effective April 1, citing the continued absence of a renewed SMA.

Seoul and Washington have yet to iron out differences, even after their previous SMA expired on December 31, 2019.

While Washington is reportedly demanding Seoul increase its contribution to about four billion dollars, Seoul is insisting on a roughly ten-percent increase from the 870 million dollars it paid under last year's agreement.

Referring to U.S. President Donald Trump's call for allies to shoulder a fair share of defense costs, the official said Washington seeks to reach a mutually-acceptable and comprehensive deal aimed at a fair sharing and strengthened alliance.

The official also urged Seoul to pay attention to the value of American taxpayers' contribution to defending the peninsula and to exercise more flexibility.
Share
Print
List