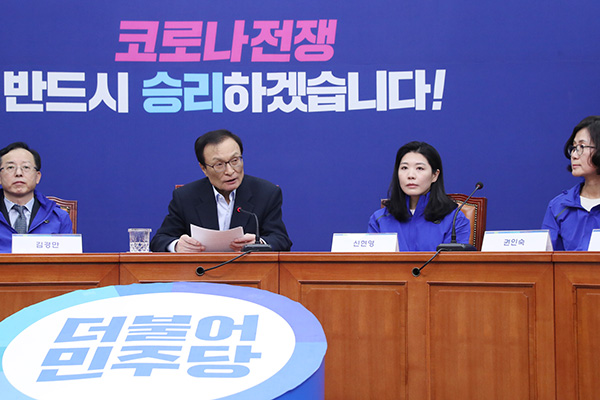 The ruling Democratic Party(DP) has adopted a slogan for the general elections pledging efforts to tackle the COVID-19 pandemic.

According to a number of DP officials on Thursday, the party decided during a recent meeting of its Supreme Council to use the slogan “DP, Protecting the People” for the elections on April 15. It also adopted the secondary slogan “We’ll Win the War Against COVID-19.”

Initially, the DP was mulling a catchphrase that would stress its will to work for the people but decided to fully revise it after fears grew over the coronavirus' impact on public safety and the economy.