Gov't to Decide on School Opening Date Early Next Week 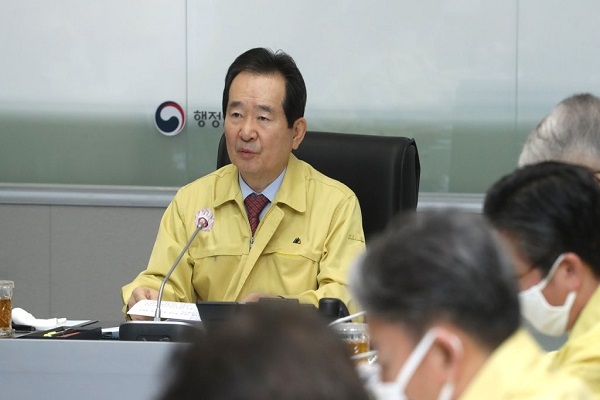 Prime Minister Chung Sye-kyun said Saturday that a conclusion on the opening date of the school semester will be reached early next week after reviewing opinions on the issue. He added the decision will be also based on the principle of putting top priority on children's safety.

The school opening date has been postponed three times so far to April 6.

During a COVID-19 response meeting, Chung said the number of daily recoveries began to surpass new infections from two weeks ago, but that concerns still remain with schools opening on April 6.

Chung said the government is gathering opinions from parents and local communities and will further discuss the matter this weekend. He said the decision will be made by Monday or Tuesday on whether to push back the date further or have schools open on schedule on the sixth.

He stressed that in order for the semester to begin, the risk of transmission must be considerably reduced and that both parents and the education sector must consent to it.

Chung will hold a nationwide conference call with educational superintendents later in the day to listen to their views.
Share
Print
List