Over 100 Schools, Kindergartens in Seoul Delay Reopening amid New Infections 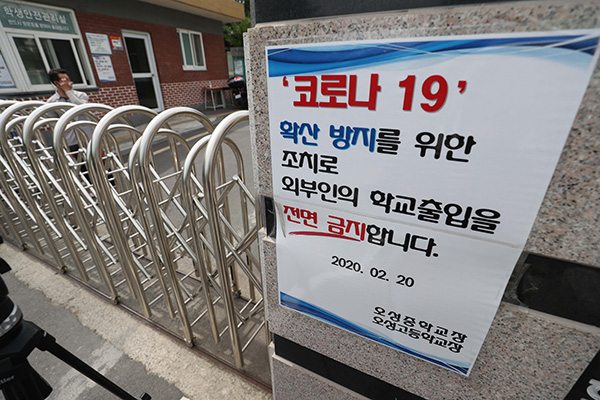 More than 100 schools and kindergartens in Seoul delayed reopening on Wednesday amid reports of COVID-19 spreading in local communities.

The Seoul Metropolitan Office of Education said as of 10:00 a.m., 111 schools and kindergartens have postponed opening until early next month.

Many are in connection to a kindergartner who tested positive in the city's western Gangseo district and a church in the nearby Yangcheon district.

The city office has granted the heads of schools and kindergartens authority to consult with parents and their respective education offices on shutdowns and remote learning when a case is reported in their area.
Share
Print
List