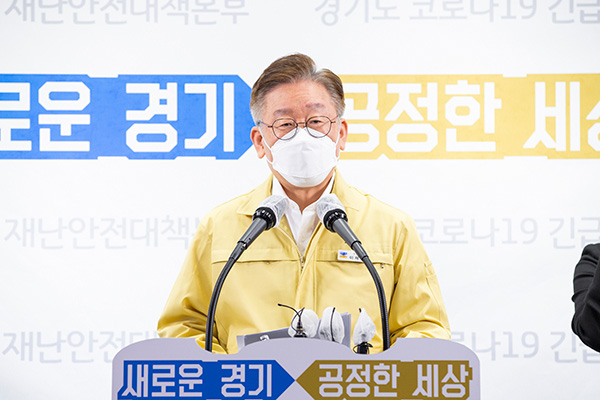 Gyeonggi Province Governor Lee Jae-myung has issued a "no assembly" order for a logistics center in Bucheon operated by leading e-commerce platform Coupang, following an outbreak of coronavirus infections among employees.

The administrative order that took effect Thursday for two weeks is tantamount to a business ban or facility closure.

It marks the first “no assembly” order on an individual company in Gyeonggi Province, although similar measures were previously issued for entertainment venues and publicly used establishments.

The number of virus cases linked to the Coupang logistics center continues to grow since the first two patients, a center employee and her son, were reported last Saturday.

The e-commerce platform voluntarily shut down the center on Tuesday.

In an emergency online press conference Thursday, Governor Lee said 86 cases had been linked to the Bucheon center outbreak as of 10 a.m., including 31 in Gyeonggi Province, adding that a future spike in the tally cannot be ruled out.
Share
Print
List