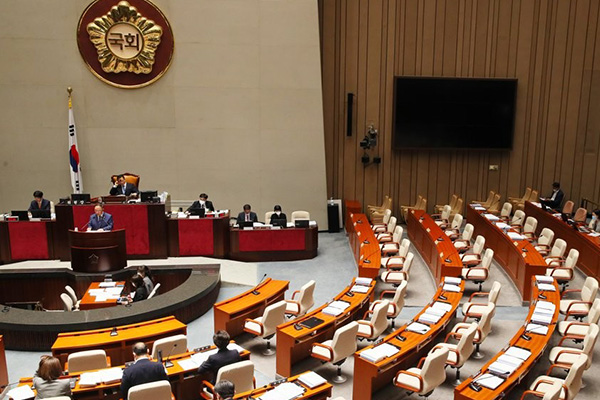 The National Assembly's standing committees have completed their review of the government's third extra budget bill to help the nation better cope with the COVID-19 pandemic.

Sixteen committees chose to increase the budget by nearly three trillion won before sending it to the budget and accounts committee for further review.

The main opposition United Future Party(UFP) boycotted the budget reviews in protest of the ruling Democratic Party’s(DP) unilateral assignment of the contentious committee on legislation and judiciary.

The DP-led committees, however, are expected to face harsh criticism for hastily reviewing what was already a record-high 35-point-three-trillion-won extra budget within one to two hours, with some minor opposition lawmakers even walking out in protest.

The DP plans for the budget bill to get final approval at a plenary session on Friday.
Share
Print
List