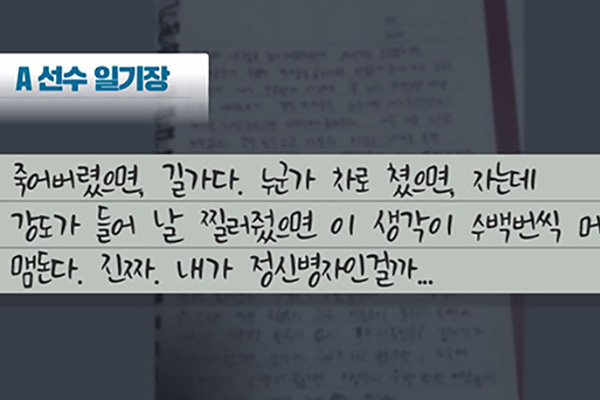 The government plans to set up a special task force to probe an allegation of systematic violence against a triathlon athlete by her managers and teammates following her recent suicide.

The Ministry of Culture, Sports and Tourism on Thursday announced the plan, expressing its condolences over the death of Choi Suk-hyeon.

The ministry also said that as the principal government agency handling sports-related policies, it feels “a heavy sense of responsibility” for the incident.

Choi, a promising athlete who had joined the national squad on the junior and senior levels, committed suicide last month at the age of 23, several months after she filed complaints against the manager and the physical therapist of her professional team affiliated with the city of Gyeongju.

Complaints were filed with several organizations, including the Korean Sports and Olympic Committee and the Korea Triathlon Federation.

The ministry said it will look into why those organizations did not swiftly respond to the accusations among other issues.

On one occasion, she was forced to eat 200-thousand won's worth of bread all at once as a punishment for ordering a soft drink during group dining.
Share
Print
List