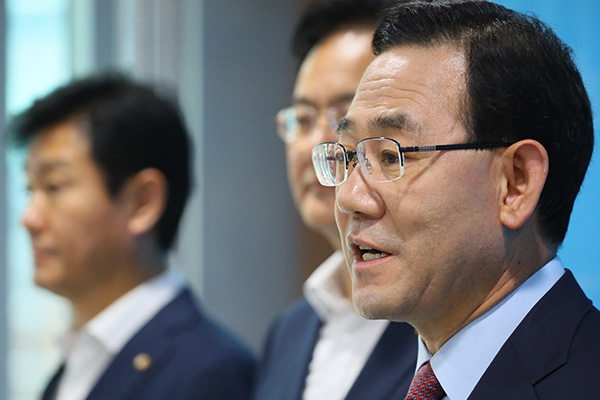 With the extraordinary parliamentary session set to open Monday, the main opposition United Future Party (UFP) plans to return to parliament and participate in assembly and standing committee sessions.

UFP Floor Leader Joo Ho-young announced the decision to reporters on Sunday at the National Assembly, saying that the party will launch its fight, in earnest, against the ruling Democratic Party in parliament.

Criticizing the ruling party for its recent unilateral distribution of heads of standing parliamentary committees, Joo pledged that his party will deal with pending issues related to people's livelihoods, such as the economic crisis and soaring housing prices.

Joo said his party will also push for an independent probe into a scandal involving a senior prosecutor close to the country's top prosecutor Yoon Seok-youl.
Share
Print
List