US Soldiers Accused of ‘Firework Rampage’ at Haeundae Beach 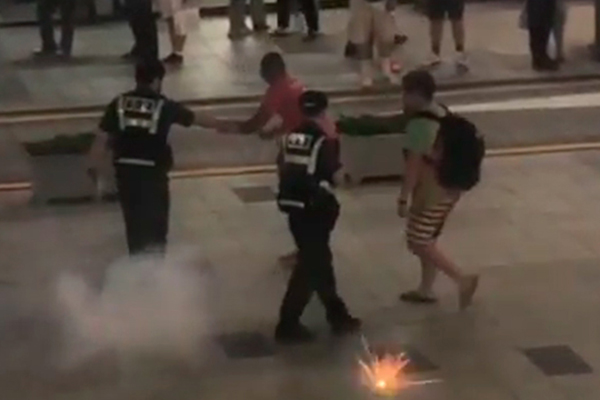 Dozens of U.S. soldiers set off fireworks at Haeundae Beach in the southern port city Busan on Saturday to celebrate the Fourth of July, but local residents complained about the disturbance.

Twenty-eight organizations in the region held a news conference on Monday outside the U.S. Naval Forces Korea command in Busan and denounced what they called a "fireworks rampage." They said it enraged citizens who are trying to fight off the pandemic.

According to municipal and police officials in Haeundae, the foreigners who caused the commotion were U.S. soldiers stationed in Osan, Daegu and ​other areas who came to Busan for the U.S. Independence Day holiday.

They are accused of shooting fireworks towards citizens and at buildings, with one serviceman being briefly detained by police and then fined 50-thousand won.