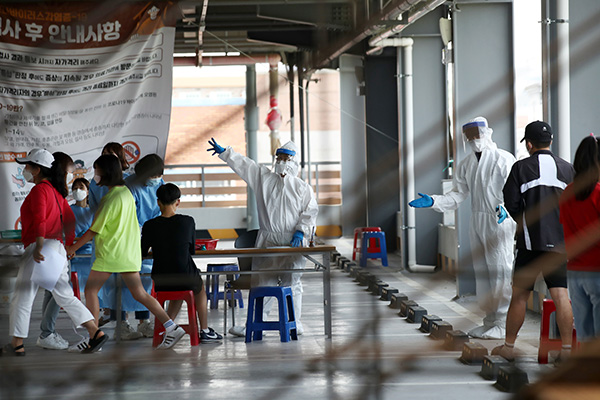 The South Korean health authorities are closely monitoring arrivals from Kazakhstan following a surge in COVID-19 cases traced to the Central Asian country.

The Korea Centers for Disease Control and Prevention(KCDC) said on Tuesday that among the 24 new imported cases reported earlier in the day, 13, or 54 percent, were from Kazakhstan.

This brings the number of cases linked to the country in the first seven days this month to 53, which accounts for 43 percent of the foreign transmissions reported in the cited period. Twenty-five other people arriving from Kazakhstan the previous week were also confirmed to have the virus.

The increase in such cases came after the resumption of flight services between the two countries earlier last month. A recent spike in new COVID-19 cases in Kazakhstan, which hovers at one-thousand-500 a day on average this month, is also attributed.
Share
Print
List