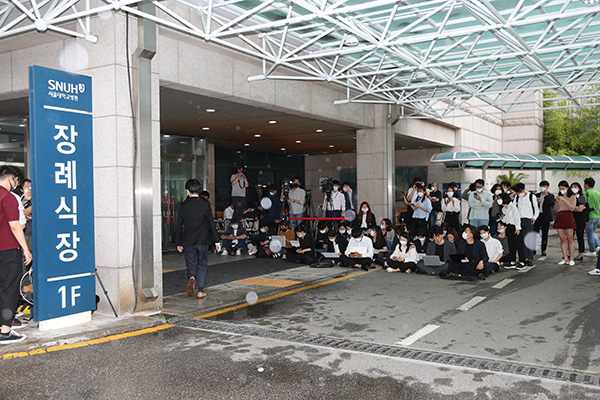 Park was found dead at Mount Bugak in Seoul early Friday morning, hours after he was reported missing.

The main opposition United Future Party(UFP) said in a short statement it prays Park will rest in peace. The party's floor spokesperson Choi Hyung-du said he had a heavy heart over the shocking news.

UFP floor leader Joo Ho-young sent a text message to the party's lawmakers Thursday night, warning them to be careful about their words and deeds as they are in a grave situation in many ways.

The minor opposition Justice Party said it is sad to think about how Park had lived his life for the country's democratization and as a civic activist and administrator.

The ruling Democratic Party(DP), with which Park was affiliated, has yet to give any official statement, cancelling a policy meeting with the government set for Friday morning.

Lee Nak-yon and Kim Boo-kyum, two contenders for the chairmanship of the party, also cancelled all of their schedules.
Share
Print
List