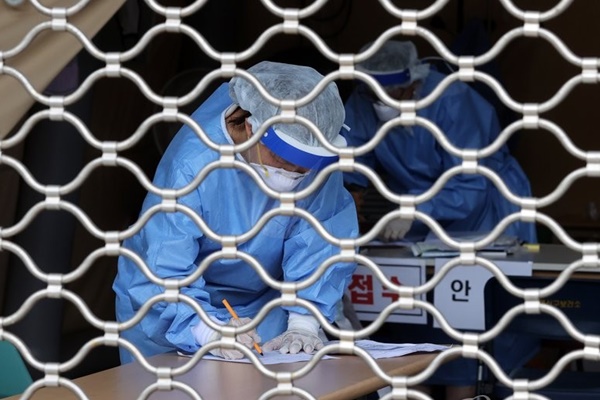 The Korea Centers for Disease Control and Prevention(KCDC) on Wednesday announced the new figure compiled throughout Tuesday, lifting the cumulative tally to 14-thousand-456.

Eighteen of the latest cases were imported from overseas, with 11 of them South Korean nationals. In terms of country of origin, six arrived from the U.S. while another six arrived from Uzbekistan.

Local infections hit double-digits for the second day in a row at 15, including six in North Chungcheong Province, five in Seoul and two in Gyeonggi Province.