No S. Koreans Reported Killed or Injured in Beirut Explosions 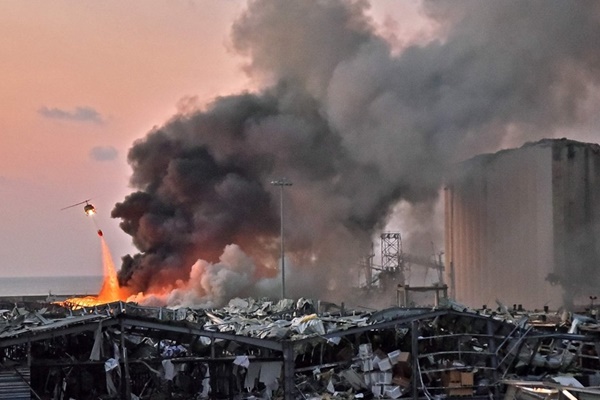 No South Koreans have been reported killed or injured so far after massive explosions rocked the Lebanese capital of Beirut on Tuesday.

According to the Foreign Ministry on Wednesday, the South Korean Embassy in Lebanon is using an online messenger to confirm the safety of South Korean nationals in the country, and so far no casualties have been reported.

The South Korean ambassador to Lebanon is working with the Lebanese government to confirm whether South Koreans were harmed in the blasts and will provide consular assistance if casualties are confirmed.

The explosion damaged two windows on the fourth floor of the South Korean Embassy, which is located seven-point-three kilometers from the blast site.

According to the Foreign Ministry, there are about 140 South Koreans in Lebanon, not including the approximately 280 South Korean troops deployed to the country as UN peacekeepers.
Share
Print
List