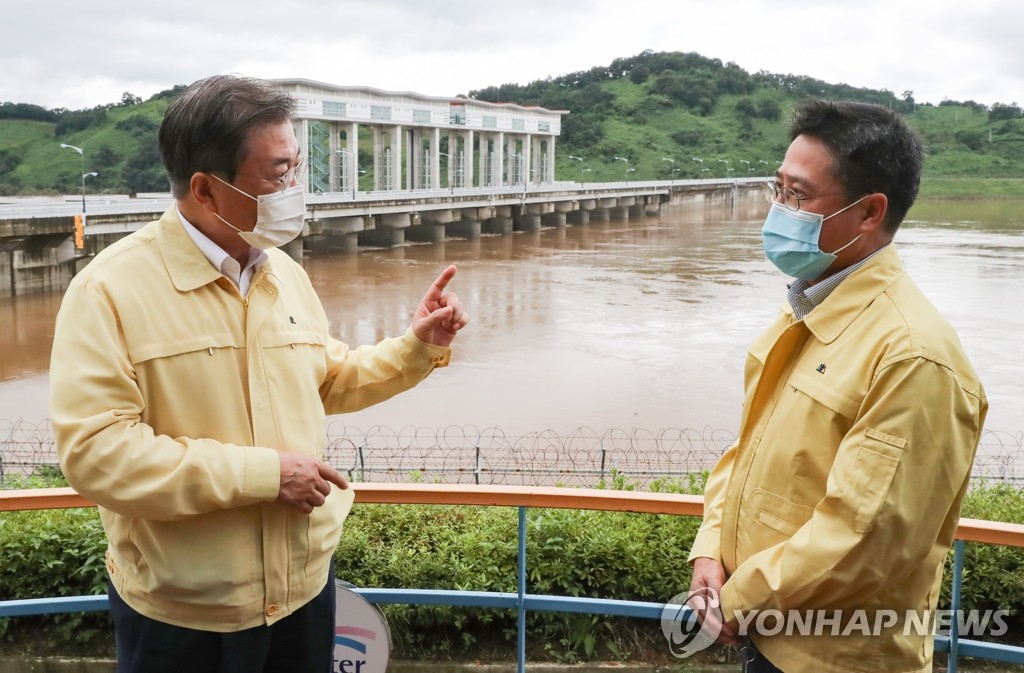 During his visit, Moon expressed disappointment over North Korea's failure to inform the South before releasing water from its Hwanggang Dam, saying prior notification would have greatly helped flood control.

He also expressed disappointment that a previous agreement between the two Koreas on prior notification is not being carried out.

Flood damage in border regions of Gyeonggi Province and Gangwon Province is mostly due to the heavy rains, but North Korea's release of large amounts of water has been a major factor, too.

After his visit to the dam, Moon stopped by an elementary school where displaced people from Paju, Gyeonggi Province, are taking shelter to encourage residents and volunteer workers.
Share
Print
List