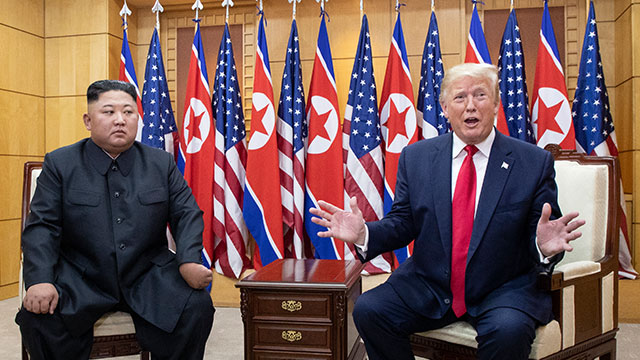 The United States government is reportedly considering setting up liaison offices in Washington and Pyongyang as part of efforts to revive the stalled nuclear negotiations with North Korea.

According to Japan's Kyodo News on Sunday, a diplomatic source said that the United States is seeking the possibility that the two nations open a liaison office and station officials in each other's capitals in order for the offices to serve as embassies – currently, there are no diplomatic ties between the two nations.

The source reportedly said that South Korea and Japan are also aware of the United States' intent.

Kyodo said that the opening of a liaison office was raised in the Hanoi summit between President Donald Trump and North Korean leader Kim Jong-un in February last year, but the idea was not realized due to the collapse of the summit.
Share
Print
List