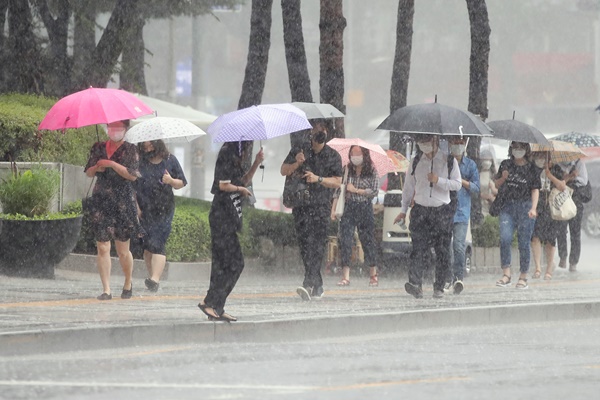 Typhoon Jangmi dissipated after passing through the southeastern part of South Korea on Monday, but the seasonal rain front is likely to bring more rain to the central region and North Jeolla Province on Tuesday.

The Korea Meteorological Administration(KMA) forecast up to 150 millimeters of rain for the southern parts of Gyeonggi and Gangwon provinces and Chungcheong and North Jeolla provinces.

It warned of torrential downpours and lightning for parts of the regions as well.

The seasonal rain front is expected to head north to affect North Korea on Wednesday before moving back south on Thursday, bringing heavy rains to the central region again.
Share
Print
List