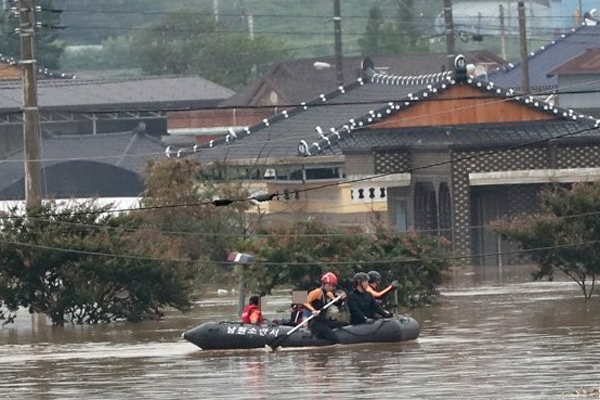 In the statement, the provincial government heads said residents living along the lower reaches of the Seomjin River suffered the worst flooding ever due to record rainfall. They said the floods destroyed homes and displaced many, adding that it’s difficult to estimate the exact property damage.

The government heads said affected residents believe that the severe flooding was caused by the K-Water’s mismanagement of dam operations and failed control of discharges resulting from its eagerness to store fresh water.

The government chiefs plan to propose to the Environment Ministry and K-Water the creation of an institutional mechanism to discuss dam discharge operations and the designation of the six regions as special disaster areas.

The statement comes as K-Water has maintained that the amount of water it released from the dam corresponded with weather forecasts and has blamed unprecedented heavy downpours and inaccurate precipitation forecasts for the flooding damage.
Share
Print
List