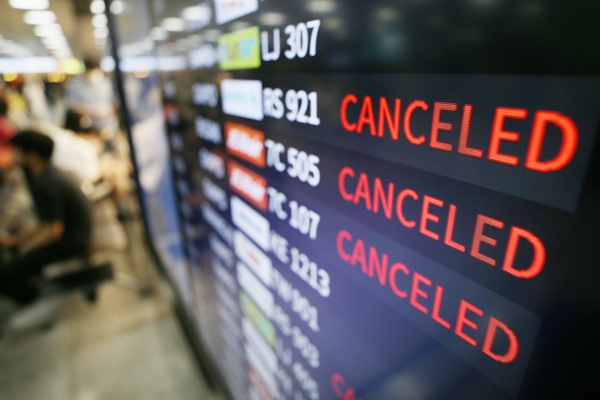 Domestic flights, ferry and train services were disrupted in South Korea on Monday as Typhoon Haishen moved closer to the Korean Peninsula.

Korea Railroad Corporation(KORAIL) said that beginning with the first train scheduled for Monday, it will partially halt services on six routes until the country is no longer under the typhoon's influence.

As of 5 a.m. Monday, 314 flights were cancelled out of 519 domestic flights scheduled for Monday morning at airports across the nation.

Typhoon alerts are in place at ten airports including Jeju International Airport, with strong wind advisories issued for airports in Incheon, Gimpo and Pohang.