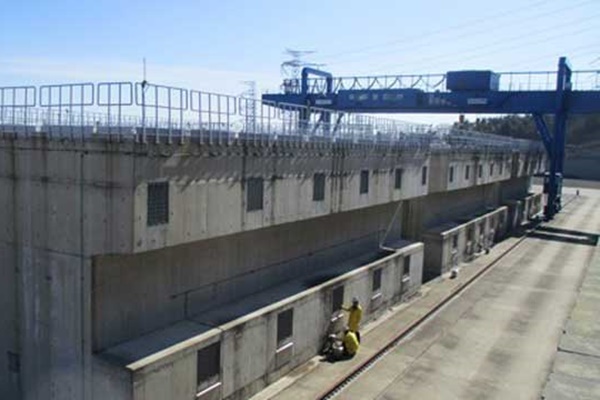 The operations of two reactors at the Wolsong Nuclear Power Plant in Gyeongju, North Gyeongsang Province, were interrupted apparently due to Typhoon Haishen on Monday morning.

The Korea Hydro & Nuclear Power Company said the turbine generators for the No. Two and No. Three pressurized heavy water reactors automatically stopped at 8:38 and 9:18 a.m. due to what appears to be a malfunction in the power system.

One official said the exact cause needs to be verified, but the typhoon appears to  have caused problems with the power distribution line.

The Nuclear Safety and Security Commission said its local branch is trying to confirm more details and the safety situation at the scene.

The commission believes the stoppage is likely due to a power transmission-related facility malfunction caused by the typhoon and said that reactor output is at a safe level of 60 percent with no changes to the normal radiation level.