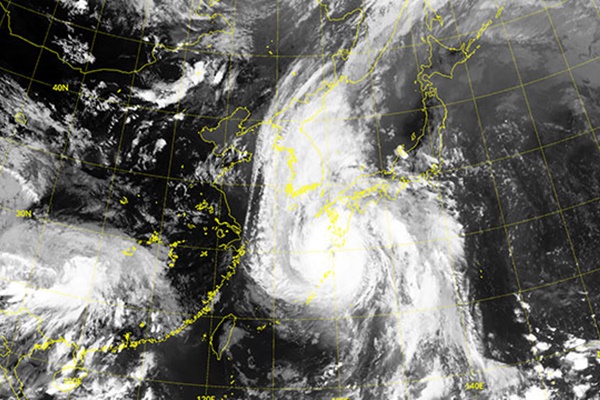 The impact of Typhoon Haishen on South Korea is fading as it heads towards North Korea.

The Korea Meteorological Administration(KMA) said as of 4 p.m. Monday, the season’s tenth typhoon was moving northward at a speed of 60 kilometers per hour from seas around 100 kilometers north-northeast of Sokcho, Gangwon Province.

It is expected to make landfall near the southwestern part of Chongjin, North Korea around 9 p.m. before dissipating.

Since it exited South Korea through waters north of Gangneung on the east coast  at around 1:30 p.m., all typhoon advisories issued across the nation have been lifted except for those in place for the islands of Ulleung and Dokdo and seas off eastern coastal areas.

Precipitation from the typhoon will likely continue to affect the nation before it begins to clear in southern regions at night.
Share
Print
List