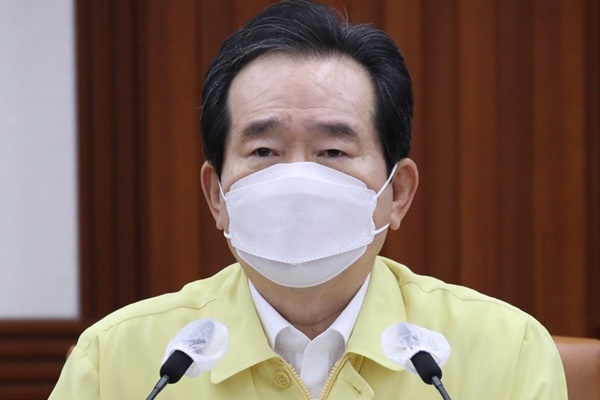 The prime minister made the call on Wednesday during a government meeting in Seoul, warning that stern measures will be taken against such rallies in accordance with the law to protect the lives and safety of the public.

Chung criticized some civic groups for pushing ahead with their plans, pointing out that it was massive rallies on Liberation Day on August 15 in Seoul that sparked the recent rebound in COVID-19 cases. He added that society is paying a high price.

Regarding the government's recent decision to ease Level Two-point-Five social distancing to Level Two for the greater Seoul area, Chung said the move was aimed at adjusting guidelines, which have a great impact on daily life, to suit the current situation.

The prime minister then called for active participation and support for the government's quarantine efforts during the Chuseok holiday.
Share
Print
List