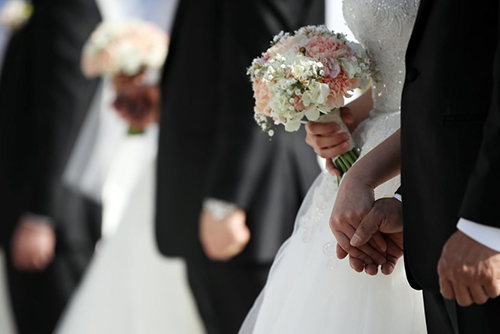 The number of people who got married in the first seven months of 2020 sharply declined amid the prolonged COVID-19 pandemic.

Statistics Korea said on Wednesday that 126-thousand-367 couples tied the knot between January and July, down nine-point-three percent from a year earlier. It is also the lowest for the seven-month period since the agency began compiling related data in 1981.

An official at the agency said marriages have declined amid a continued drop in the number of women in their 30s and also because of delays due to the pandemic.