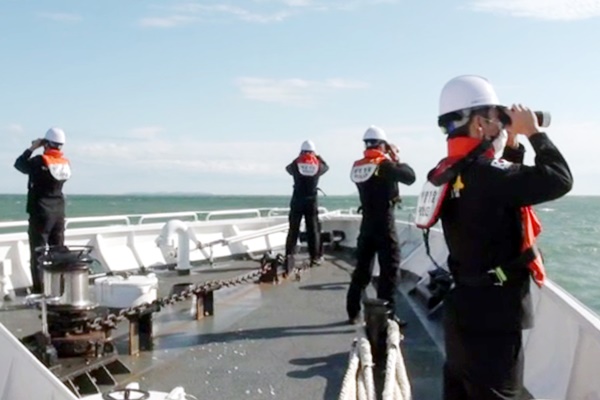 The Korea Coast Guard has assessed that a fisheries official who was shot and killed by North Korean troops near a western border island last week had attempted to defect to the North.

At a press briefing on Tuesday, the Coast Guard said it reached such an assessment based on intelligence from the South Korean military and analysis of drift predictions.

A Coast Guard official said investigators confirmed during a visit to the Defense Ministry the previous day that the slain official was wearing a life jacket and exhausted as he held onto flotsam upon discovery in North Korean waters.

Investigators also confirmed that the North was aware of the official's personal information, including his name, age, hometown and height, and circumstances suggesting that the official had expressed his wish to defect.

Considering that the official was wearing a life jacket at the time, authorities believe it's highly unlikely that he accidentally fell into the water from the inspection ship he was traveling on or attempted to end his life.

A DNA test is underway on a pair of slippers found on the ship that belonged to the official.
Share
Print
List